Wikimapia Special pages list was moved into user's profile. It still has the same interface but now you can find it in Tools tab of your profile. Also Tools are available from main menu, as usual.

We are releasing new collaboration tool which is going to help users to work on wikimapia tasks together, for example: cleaning of cluttered areas, adding polygons to old places without polygons, removing duplicated streets and objects etc.

Right along with the tool we are starting the first collaboration "Adding polygons to places without polygons".

We released the new version of Wikimapia. It is the next step in Wikimapia development to make the map more readable for users. A few months after launching Wikimapia we faced the problem of rectangles' mess in populated areas. Previous version of Wikimapia with rectangles was quite unreadable by ordinary visitors, we found this out by several usability tests.

To give a visual presentation of changes here is a demonstration of Wikimapia in old version:

New Wikimapia presents this in a better way: 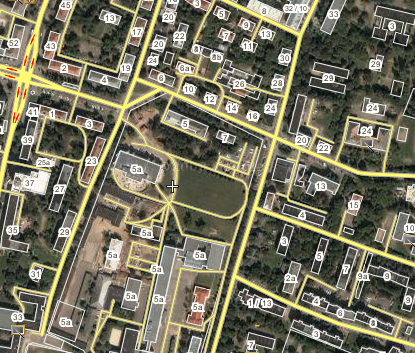 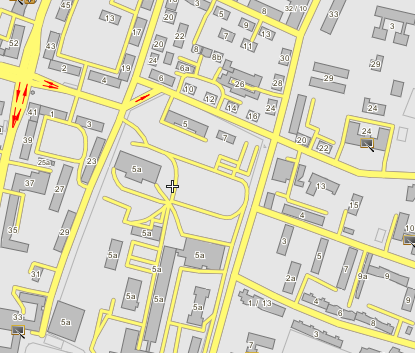 Link to this place

Old version of Wikimapia is available on the "Map type" menu as a Classic Wikimapia option.

We launched Wikimapia with the aim to create and maintain an interactive, editable, free, multilingual, up-to-date map of the whole world

Our long-term objectives are clear - we need to describe the whole Earth:

all places (to create places outlines, titles, descriptions, addresses, categories);
all additional mapping data (islands, coastlines, rivers, etc.);
all roads (names, special information for routing and navigation);
all transport infrastructure (railroads, ferry ways, urban transport, etc.) in a way to use it for routing and navigation, not only for use in cars, but also for pedestrians and other use in transport;
all countries and administrative borders
Not all features are finished, but we are implementing them step-by-step, here are some of them which we plan to introduce very soon:

API, then all people will be able to use geodata stored in Wikimapia;
functional history for actions in Wikimapia;
ability to add many places on one area (for example: restaurant, shop and pharmacy in the same building)
We want to thank all our users for their help.

Wikimapia lights up the world

We launched Wikimapia a year ago, on May 24, 2006. It was an amazing idea and since that time Wikimapia takes the biggest part in our lives.

What has been done during this year? Wikimapia collected nearly 4 million places (+3700k plus +200k moved to trash, and +100k precise polygons created), +60k users registered in Wikimapia in 6 last months, +500k messages left by visitors.

Wikimapia also entered into 1000 most visited sites in Alexa statistics, it took nearly one year to do this.

We would like to thank our contributors for their knowledge, our visitors for their interest, Wikipedia for it's inspiration and Google Maps for supporting new technologies in the whole world.

As of March 8, 2007 the number of places on the Wikimapia has exceeded 3 million (we do not consider those 200,000 objects that were removed).

Soon we are planning: